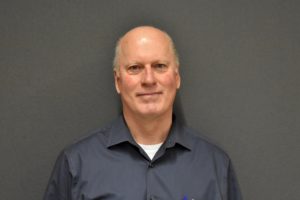 Throughout his 40-year utility career, Pierce has demonstrated a commitment to leadership in safety and an unsurpassed level of leadership focused specifically toward safe work practices and procedures.

“Establishing a genuine safety culture requires a serious, long-term commitment at every level of an organization, but it’s especially difficult to achieve without someone to champion the cause. Greg is one of those rare, committed safety champions who works tirelessly to foster an appreciation for and a commitment to safety everywhere he goes,” said Consumers Power, Inc. President/CEO Roman Gillen. “I am very proud to see his peers acknowledge his efforts.”

Pierce began working for CPI in 1985 as an apprentice tree trimmer. He continued to advance his career becoming an apprentice lineman, journeyman lineman, assistant operation coordinator, district manager, and the director of operations. As he continued to develop his skills and ability to work on and around high-voltage lines, he discovered his passion for safety. It was Pierce’s leadership at the crew level that advanced him into other management positions at CPI. Once he became the district manager, he was fully participating in the multi-cooperative safety users’ group where he played an active role in promoting safety and helped the safety users group find new and creative ways to enhance the program.

After a few years away to pursue other opportunities, CPI recruited Pierce to come back in a managerial role in 2011. When he returned to the cooperative, he once again helped lead the safety program and the safety users’ group. It was through that involvement and his experience as a safety trainer that Pierce decided to step out of his managerial role and take on the full-time role as safety director. In November 2017, he became the safety consultant to the Oregon Safety Users’ Group and still holds that position today.

The Career Commitment to Safety Award focuses upon the importance of safety in the utility industry. It recognizes one individual each year that has outstanding proficiency in safety; demonstrated leadership in safety in his or her utility and the industry; and has made a significant contribution to safety within the industry over his or her career. This award is open to all employees of NWPPA member utilities that exemplify outstanding commitment and leadership in safety.