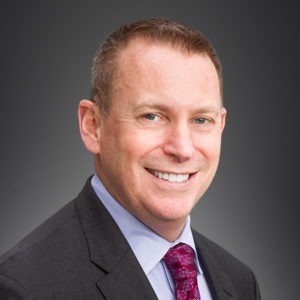 Orchard has served as CEO and general manager of the country’s sixth-largest community-owned utility for the past six years. Prior to that he was in legal positions at the utility, including holding the general counsel title for 13 years. While serving SMUD for more than 30 years, he actively served on the NWPPA Board of Trustees for six years and also participated in the American Public Power Association, the Large Public Power Council, and the California Municipal Utilities Association.

“I am honored to be able to present this award on behalf of NWPPA to Arlen for his impressive work in the public power industry,” said NWPPA Executive Director Scott Corwin. “His contributions to SMUD, to the local community, to public power generally, and to NWPPA specifically are well documented. Public power has undeniably benefited from Arlen’s vision and drive throughout his illustrious career, and we can all learn from his lessons and wisdom.

I want to personally thank him for all he has done for NWPPA and public power.”

Under his leadership, SMUD’s electric rates remained among the lowest in California; SMUD’s customers continuously ranked service and trustworthiness exceptionally high (number one in California and number three in the nation respectively); and SMUD became known as an innovator for embracing the speed of change via technology advancements, renewable energy, distributed energy resources, and the availability of big data and evolving customer expectations.

The Distinguished Service Award is presented to honor individuals who have served the interest of public power and NWPPA in an outstanding manner. The award was first presented to Durwood Hill, Alex Radin, and Ken Billington in May 1961. The award’s name changed to the William “Bill” McCrorie Distinguished Service Award in February 2003 to honor the outstanding industry and personal achievements during McCrorie’s life and his involvement with NWPPA and the public power community.

About NWPPA: NWPPA is an international association representing and serving more than 155 customer-owned, locally controlled utilities in the Western U.S. and Canada. The Association also serves over 300 associate members across the U.S. and Canada who are allied with the electric utility industry. For more information, visit www.nwppa.org or follow @NWPPAssoc on our social channels.